White Rabbit Productions is a diverse, multi-ethnic ensemble committed to creating vibrant productions of literate, challenging plays and films...with the intention of guiding audiences through emotional, psychological and spiritual journeys.

White Rabbit Productions strives to provide a safe space for growth, where members may expand their own personal and artistic journeys; in this exploration, actors may direct, directors write or playwrights design…in workshops, readings, and ultimately in production. 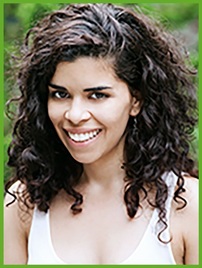 Keila Fontánez La Salle (Choreographer) is an actor, dancer, theater producer and art maker. She hails from the concrete jungle that is Rio Piedras, San Juan, PR. Since moving to NYC, Keila has collaborated and created dance pieces for Moonlight Productions (Get Me a Guy), SoYoCo Productions (I’m not an allegory), Calle Sol Productions (When I was a Puerto Rican Girl) and has performed original solo pieces at venues like UNDER St. Marks Theater, The Kraine Theater, Bushwick Abbey and many others. She loves fresh picked guavas, wearing too many colors at once and is a firm believer in the power and resilience of indie theater makers.  Follow Keila’s fortunes and misfortunes too at www.keilafontanezlasalle.com, facebook. com/keila.inalys and instagram.com/@keilainalys. 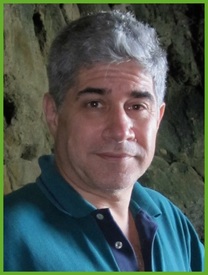 Bruce A! Kraemer (Lighting Designer) has designed lighting for Roundabout Theatre and Soho Rep and at the Edinburgh Festival Fringe, Ensemble Studio Theatre, 59e59 Theaters, the NYC Fringe, and many others. Bruce also does audio, technical direction, stage management and production intercom. He has done one or another of those for the Summer and Winter Olympics, the Paralympics, the World Cup, two Papal visits, three Superbowls, the Commonwealth Games, the Goodwill Games, six Tony Awards, the Grammys, three Video Music Awards, the WNBA All Star Game, the NBA All Star game, the NBA Draft, four NFL Drafts, the MLB Draft, ten Christmas Tree Lightings at Rockefeller Center, on Broadway, off Broadway, off off Broadway, for dance, fashion shows, art installations and hundreds of corporate events. 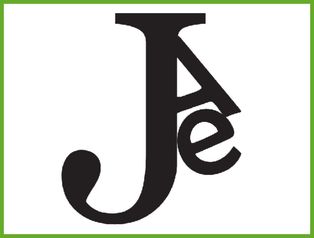 Jay Michaels Arts & Entertainment (Public Relations)  Mr. Michaels’ career began in the 70s as an actor ,then moving to the director’s chair and the office of producer before founding WrightGroupNY Communications – a marketing and public relations firm dedicated to the off-off-off Broadway and independent film communities. Today, his PR services, combined with extensive experience in event production consultation form Jay Michaels Arts & Entertainment. Jay-A&E combines his nearly 40 years of experience with the services provided by a portfolio of organizations under his direction, creating visibility and enhance production values for off/off-off Broadway and independent film productions and associated artists. Jay Michaels’ himself began as a trade show liaison, moving quickly to The Joyce Theater where he promoted Twyla Tharp, Murray Louis & Alwin Nikolais Mabou Mines, Pilobolus, and Eliot Feld, as well as the Drama Desk Award-winning American Regional Theater Exchange. For the Daily News, he sat ringside at Madison Square Garden; wrote copy for Bob Hope at Carnegie Hall; assisted Robert Maxwell at The United Nations; handled casting for the newspaper’s TV commercials; and served as a production manager for the News’ PBS collaboration, Increase The Peace. He also handled promotion for Broadway revivals of Guys & Dolls (1992) and Damn Yankees (1994) and the national tours of Cats, Les Miserables, Edwin Drood, and Oliver.  He moved to TV, working with the account executives at KSL Media New York & Los Angeles.  Mr. Michaels has been a part of event production & marketing and communications for numerous educational theater programs, including Fordham, Yeshiva, and Lehman, colleges. He co-founded Genesis Repertory & the M Center; currently served as director of public relations director for the Midtown International Theatre Festival (where he served as its associate producer in 2001) and events at the 13th Street Rep. He also produced events for The Fringe, Samuel French, New York New Works, and Spotlight-On Productions. He handled the marketing of two fashion shows, an art gallery opening, and a Macy’s promotion; founded the Block Institute’s Brightest Star Award;and was responsible for the resurgence of The Bronx Opera, enabling them to enjoy Manhattan-based runs at the Silvia & Danny Kaye Playhouse; and managed a special production of The Vagina Monologues at Broadway’s Town Hall. As senior marketing executive for a prominent international philanthropy, Mr. Michaels wrote speeches and coordinated event materials for Hillary Clinton, The Shubert Organization, Fran & Barry Weissler, Jon Stewart, James Earl Jones, The Nederlanders, Clive Davis, and others. He also headed the Israel at 65 International Marketing Mission Campaign creating its slogans and heading its design and produced a documentary on Time Warner founder, Steven J. Ross. A professor at Kingsborough College, Mr. Michaels directs and lectures on arts management at venues including Fordham & Yeshiva universities. He was recognized in the SDC National Quarterly, TheatreWorld, Soul of the American Actor, and American Theater. His productions won ASCAP, MITF, SPOTLIGHT, and OOBR Awards; were published by Samuel French, and nominated for Drama Desk, GLAAD, and NY Innovative Theatre awards. 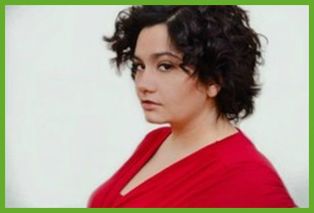 Sara Minisquero (Co-Producer), Dramaturg, f/x Designer, etc.) is a Theatre Studies grad from Emerson College. As an actress, she's found joy and fulfillment in a number of diverse roles, but is also equally satisfied behind the scenes, stage managing, producing, and getting her hands dirty with makeup, costumes and prop building. She's served as actor, dramaturg and fight captain for John Stillwaggon's Act-Out company for the past four years, and contributes frequently to Genesis Rep's M Center for the Arts. Most recently, Sara starred in two Genesis-produced shows premiering at John Chatterton's Midwinter Madness and Short Play Lab festivals, the latter of win won best play of the evening. Sara was first welcomed into the White Rabbit family this past Halloween, working on Things That Go Bump in the Night, where she served as Associate Producer, Make Up FX tech as well as actor and host for the evening. And she has some film credits to boot -- working with Emerson College alums GRETH Productions, as an actor, voice over artist, and production assistant. Sara is the Director of Development of White Rabbit Productions. 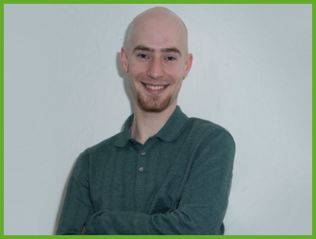 Christopher Palmer (Music Composer, Music Director & Sound Designer) is a video game composer and trombone player who grew up in Plainville MA and now lives in New York City. In 2009, he attended Berklee College of Music in Boston and learned from renowned musicians such as Michael Sweet, Jeff Galindo, and Jon Klein. There he received a Bachelor's in Music for Film Scoring and a minor in Video Game Scoring. Chris currently works for Nefariously Binary, LLC., a game development company out of Philadelphia, PA as composer, sound designer, and game developer for upcoming game projects.  In addition to writing music, Chris has been playing trombone since 2001 and began the tuba not long after, winning various awards throughout his high school career, including the 2007 Essentially Ellington Most Outstanding Trombonist Award. He previously taught private low brass lessons to grade school students at King Philip Regional High School in Wrentham, MA, some of which have placed in the MA Southeast Senior and Junior District Ensembles.  Christopher was the Music Composer, Music Director & Sound Designer for Far From the Tree. 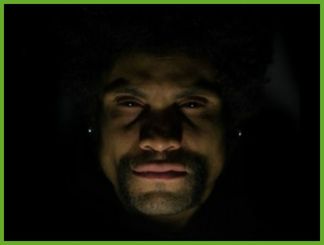 Songe Riddle (Poster Illustrator) What little is known concerning the artist Songe Riddle has been gleaned from a smattering of entries in the journals of nefarious madmen with proclivities towards the mastery of hidden knowledge.  Of his early life, it is said that for the lack of social or familial ties - and often by way of exile - he passed from village to village, never settling for long enough a period that the patterns of local cultural mundanities had chance to take root; that pattern in itself, continuing throughout his life.  Preoccupied with cruelty, and staring intently into the indescribably terrific abyss of the souls of men, Songe entered into a decades-long undertaking of the illustration of macabre subjects.  His art decorated numerous dust covers of printed tomes of terror and madness, as well as compendiums of musical compositions, and theatrical design.  Several accounts tell of his work being exhibited at salon in Europe, and in halls on the shores of the New World.  Perhaps the most odd, were the mentions of his hobbies – Which included self-mutilation, the obsessive reading and sometimes writing of tales in the strangely specific genre of “augmented-human heroism”, and something which have only been described as “soap operas” – The latter of which has defied the understanding of even the most learned of historical scholars.  ﻿songeriddle.com﻿ 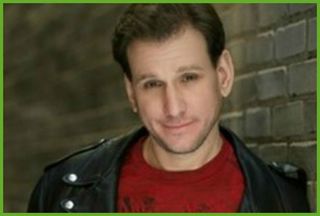 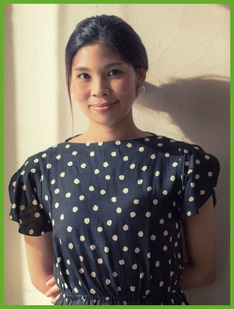 Tomoko Shimizu (pianist) is a pianist/music therapist. She studied piano performance at Toho Gakuen Music High School, one of the most renowned music schools in Japan. She later decided to major in Music Therapy at Kurashiki Sakuyo University, Okayama. As soon as she graduated from Kurashiki Sakuyo, she started working at a nursing home as a music therapist. In 2009, Tomoko entered Berklee College of Music, where she received a B.M. in Music Therapy in 2013. Finally satisfied with her education, Tomoko moved to New York after completing a 7 month music therapy internship in Hartford, CT. Tomoko has also been recognized for her excellent contributions to the Japanese society, winning the Mie International Exchange Award in 2012. 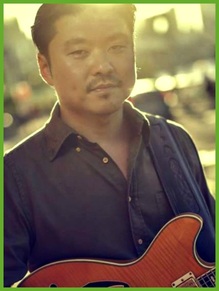 Yusuke Yamanouchi (guitarist) is a guitarist/composer/ arranger born in Tokyo. At the age of 20, Yusuke attended an art school in his hometown where he found Bill Evans and Jim Hall’s album “undercurrent”, inspiring him to dive into jazz. He then entered jazz school and began playing live concerts in Tokyo, where he performed at famous jazz clubs, restaurants, and concert halls with his group and various other renowned bands. After his career in Tokyo he moved to Boston, Massachusetts in 2009 to study Jazz Composition/ Performance at Berklee College of Music for which he was awarded the Berklee World Tour Award throughout his school years.  In 2013, he graduated from Berklee College of Music and relocated to NYC. Yusuke has actively been performing with many prominent musicians at many well-known jazz venues in New York and New England area.