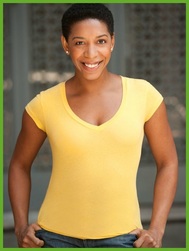 Kiebpoli Calnek (director, Tania) is a director, actress and aerialist, a graduate of CCNY, a member of the Lincoln Center Directors Lab, and of the Actors’ Equity Association. Her works have received generous funding and support from Elizabeth Streb, Astrea Foundation, Asian Arts Initiative, and The New York Foundation for the Arts.  She founded, Black*Acrobat, a social enterprise that empowers fringe communities with devised AerialTheatre productions. Kiebpoli’s proud to have performed at: Summerstage, Dixon Place, La MaMa E.T.C., The Kitchen, P.S. 122, and 3-Legged Dog, amongst others. Thanks and Love to Andrew.   www.Kiebpoli.com 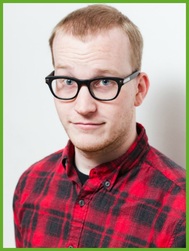 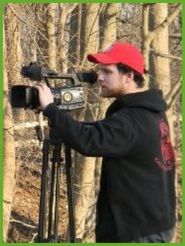 Alex Chmaj (director, In the Name of the Camera) enjoys NYC as a multimedia octopus.  After emigrating from Washington state six years ago, he has worked professionally in the fields of film, theater, music, A/V, technological sorcery, and all points in-between. Titled accolades include the 2010 United Solo best multimedia’ award for ***Tenderpits***, creating two feature-length documentaries from start to finish, and having Robert De Niro hit him with a chair leg in “Being Flynn.”  He currently works as Operations Manager for the A/V company Videosonic, and splits downtime between developing a first feature film, Pen&Paper RPG, Radio Play series, Weblog, video game, general mischief, and playing bass in the phenomenal band Oh!Mega! He is available for birthday parties, and can be reached in-person or on the Internets. 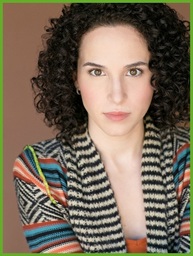 Adriana Colón (Director, The Trumpets Sounding Over Harrisburg) is a director and performer hailing from Puerto Rico. Her career began with a street theatre troupe in San Juan, and her passion for new work prospered at Harvard, where she graduated with a Special Concentration in "Performance and the Body." Adriana is a member of Director's Lab West. Recent projects include Total Novice (Hollywood Fringe), B O X (Edinburgh Fringe), How We Chose to End the World, La Casa de Bernarda Alba, Bitch: A Play About Antigone, Les Plaisirs de la Paix. This is her NY directing debut. adrianacolon.com @adrilingua 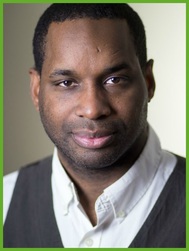 Michael Hagins (director, The Date) is an award-winning playwright with his works Hit and Match, Coffee/Evil, The Quest of the Hero, The Vengeance Room, The Renaissance Dueling Play, and The Long Rail North.  He is the Artistic Director of C.A.G.E. Theatre Company and an award-winning director and fight director. 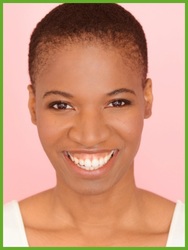 Onyi Okoli (director, Stalker Nun) is an actress, writer, and director.  She wrote her one woman show, Charmed, I’m Sure!, and has performed it in Los Angeles, New York, Baltimore, and Atlanta to rave reviews.  She received her Bachelor of Arts degree in Theater from the University of Southern California.  While at U.S.C., she was the Executive Director of the Black Entertainment and Theatrical Association. Under this organ-ization, she directed August Wilson’s Fences and George C. Wolfe’s The Colored Museum in addition to other comedy sketch shows.  Currently, you can spot Onyi performing long form Improv with her troupe, Fire!, bi-weekly at the PIT Lofts, or doing standup comedy at the Broadway Comedy Club.  She is excited to be a director for Scream Queens and Crazed Fiends. 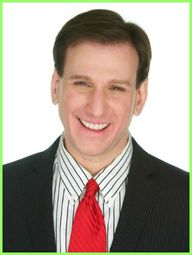 Andrew Rothkin (director, House of Satan Spawn) last staged Devlin Giroux’s Call Upon for Things That Go Bump In the Night, White Rabbit Productions’ first official Halloween Event.  Other directing highlights include contemporary classics (including Inge’s The Tiny Closet, Strindberg’ Motherlove, and Williams’ The Lady of Larkspur Lotion), new plays (such as Psychodrama, You Must Have Been a Beautiful Baby, and Ninja Motorcycle Babes), and plays Andrew also penned (Voice, Danny, Meredith’s Ring, and many others).   Andrew has also led some devised pieces and has directed hundreds of children and teens as an artist-in-residence throughout NYC.  AndrewRothkin.com 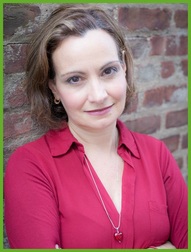 Melissa Skirboll (director, and this is What The Devil Said) is a director, writer, actor and producer. She most recently directed I Have It at last year's Estrogeius Festival, her other recent directing work includes Andrew Rothkin's Father's Day at MRT, NOLA: Three Plays About Home by Vivian Neuwirth for the Estrogenius Festival 2013. She won Best Director (Short Form) at the Planet Connections Theater Festivity for her work on The Closet by Amy Gray Piper in 2012, and was nominated for her direction of Straight Faced Lies by Mark Jason Williams in 2013, and her play Hell is Where the Heart Is was nominated for four awards and took home two prizes in 2010.  She directed her own plays, Blood is Thicker as part of the 2013 SWAN Day celebration at the Abingdon Theater, and Pizza for Life as part of Ego Actus NYC Icon Play in November of 2011. She is proud to have directed readings of 14 different 10-minute plays in Abingdon Theatre's Benefit Challenge Series since 2011. She also directed and produced Girlfriend Experience by Paul Tarantino at the Next Stage Theater in Hollywood, CA.  ﻿www.melissaskirboll.com﻿ 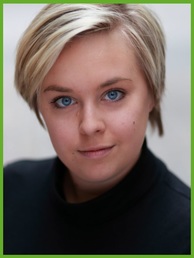